Imequadri Duestelle is equipped with a test room which can execute the following type tests complying with CEI - CENELEC -IEC Standards and in detail:

Test certificates performed in other third party qualified laboratories are available too. 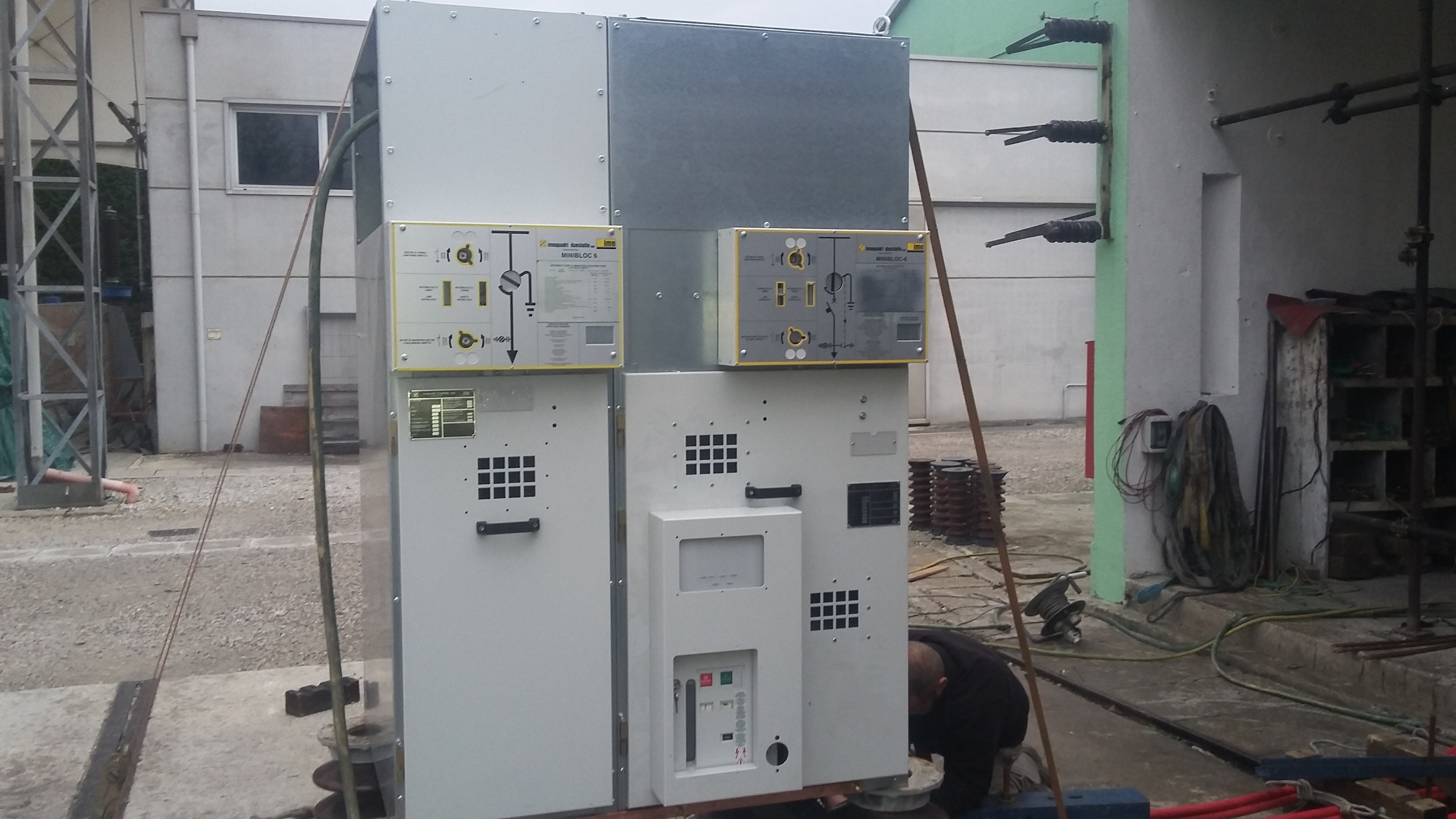 The seismic tests, carried out according to the standards IEEE 693-2005, IEC 60068-2-57 and IEC 62271-210, and performed positively with 1.0 g acceleration, show that the Low and Medium Voltage switchboards produced by Imequadri Duestelle are able to withstand earthquakes of high intensity.

Movie about the test.

Proof of internal arc for the current value of 40 kA and a duration of 1 second on the NORMOCLAD 17.5 kV 1600 A  switchboard.
Test performed at the Laboratory ICMET Craiova - October 2013 .
The test verifies the effectiveness of the design of the framework in protecting people from interior arches, assessing the effects of dynamic pressure and thermal effects of the arc.
The three tests (short circuit in the wiring in the breaker compartment and the busbar) were performed as required by the IEC 62271-200 Annex A on all sides of the picture according to the abbreviation IAC AFLR, with respect to the class A (authorized personnel only).
This resulted in the positioning of the indicators in fabric, which simulate the presence of people dressed with cotton fabric by 150grammi / m2, on all sides of the framework at a distance of 300 mm from the same. The roof of the cabin statue was set at a distance from the roof of the framework of 600 mm.
All the evidence, both short-term and internal arc, gave a positive result. Certificate 8124 / 18.10 / 2013.

The movie has shot the test of internal arc withstand on a Minibloc-6 type switchboard.
This proof, performed in compliance with IEC and CEI EN 62271-200, is about causing on purpose a short circuit inside a switchboard with working 16 kA current and corresponding 40 kA peak current, for 1 second duration, at the rating of 24 kV.
The test is classified, duly in compliance with standard IEC 62271-200, IAC – AFLR; according to this classification, the switchboard is suitable for internal arc proof on all sides (front, sides, rear).
The switchboard has positively passed the test.
Certificate RP LS 11/110/P is dated 15th February 2011.
See the movie

The movie shows the test performed on an outdoor load break switch our type RI-6 24KV 400 A .The test is about causing schort circuit inside the swirch and having, against 24KV, a short circuit current of 12,5KA 0,5s duration.
The switch wins the test only if, as the short circuit starts ( 60 milliseconds after current injection ), the overpressure valve is thrown out and no breaks should be present on the metallic enclosed after te test.
This is what ENEL DY 1000 standard requires and the switch has positively won the test.
Certificate LBRS6380 - test 451.

See the movie
Subscribe to our newsletter
News and events